CBC Alberta and Saskatchewan have teamed up for a new pilot series on weather and climate change on the prairies. Meteorologist Christy Climenhaga will bring her expert voice to the conversation to help explain weather phenomena and climate change and how it impacts everyday life.

If you remember your high school health class, you probably recall the importance of making a budget: you balance what comes in with what you need to spend on all aspects of your life.

But what if that budget accounted for everyone on Earth, with rigid timelines and repercussions for going into the red?

As we continue to assess how to curb greenhouse gas emissions and search for a net-zero future as our climate changes at a rapid rate, one of the tools talked about is the carbon budget.

But what is a carbon budget, how do they work on a global and local scale. And then the big question: are they effective?

So what’s the global carbon budget?

A carbon budget follows similar lines to your typical financial budget. They tell you how much carbon dioxide we have left to emit in order to stay below a certain level of warming.

Under the Paris Agreement, a legally binding international treaty on climate change, the global target is to limit warming to 2 C, however efforts are being made to limit that even further to 1.5 C above pre-industrial temperatures.

Meteorologist Christy Climenhaga explains how carbon budgets can impact climate change, and how challenging it can be to implement them.

According to the latest United Nations’ Intergovernmental Panel on Climate Change the current estimate of the remaining carbon budget from 2020 onwards for limiting warming to 1.5 C with a probability of 50 per cent has been assessed as 500 gigatons of CO2, and as 400 gigatons CO2 for a probability of 67 per cent.

“We’re currently burning about 40 gigatons of carbon dioxide globally per year. So this means that if we pick the 400 number, then we have 10 years’ worth of current global emissions,” says Kirsten Zickfeld, a distinguished professor of climate science at Simon Fraser University.

“If we then ramp it down to zero, then we have basically 20 years. That’s where this number of net-zero CO2 emissions by mid-century comes from.”

And what does that mean?

“The idea is that you could plan for how we are going to eliminate greenhouse gas emissions by adding up the total amount that we have left,” says Simon Donner, a professor and a climate scientist at the University of British Columbia.

Donner, who is also a member of Canada’s Net-Zero Advisory Body, a group exploring what it will take to get to net-zero emissions by 2050, says a carbon budget is just one way of planning for future emissions.

According to Zickfeld this approach simplifies things.

“It links carbon dioxide emissions directly to government temperature targets. And so it can also be linked to climate policies,” Zickfeld says.

Canada does not have a carbon budget. Instead we use emission targets that include certain reductions in different time frames.

Donner says there have been calls from scientists and environmentalists for a carbon budgeting approach.

“So rather than saying this is what we want to do by 2030, it’s saying this is how much you have left to burn. And then as each year passes, you can keep recalculating.”

Is this scalable to a local level?

Take the City of Edmonton for instance. It is making strides in weaving a carbon budget into the upcoming financial budget cycle.

A city report in 2019 showed its total carbon budget to the end of 2050 is 155 megatons. That prompted action. The next year Edmonton became the first city in North America to develop a carbon budget and embed it within its city plan.

“A lot of municipalities haven’t even moved in that direction or they’re still contemplating it,” says Harmalkit Rai, Edmonton’s deputy city treasurer and branch manager of financial services.

Rai says the carbon budgeting allotment will be incorporated into the city’s financial budget going forward.

“When you see a financial budget, it’s just not going to be the numbers in terms of how much it cost to build something, it’s going to be what impact does that have when your greenhouse gas targets will be hand-in-hand with our financial markets?”

The city hopes to be carbon neutral ahead of schedule by 2040.

In Saskatchewan, both Regina and Saskatoon, do not have official carbon budgets but the topic has been discussed.

In a statement, the City of Saskatoon said it is preparing a report on the principles of carbon budgeting and developing a business case outlining funding requirements for such.

It says that the report is tentatively scheduled to be presented in the fall, but with decisions on implementation falling to council. The City of Regina says carbon budgeting will be revisited at a later date.

The city of Calgary says it began investigating the concept of a carbon budget in 2021. It expects to implement a budget over the next few years.

Why are carbon budgets complicated?

For example, the latest IPCC global carbon budget shows remaining carbon budget estimates for a 33 per cent, 50 per cent, and 67 per cent chance of keeping warming to a given temperature limit.

“You have to choose the odds that you are willing to consider,” says Zickfeld.

Once you decide that acceptable level of uncertainty, the implementation of carbon budgets brings further complications, mainly who gets what from the budget.

How do you fairly divide up that remaining pool of carbon dioxide for every country in the world? Should it be by how much each country has emitted historically or by population?

If you go by previous emissions, that negatively affects developing countries, but by population in Canada that would mean the amount of carbon dioxide we can emit going forward is almost completely used up.

Donner says another layer of uncertainty has to do with other greenhouse gases, such as methane which is much more potent than carbon dioxide at trapping heat.

“The science of this is only based on carbon. It’s complicated to adjust the relationship to include methane and other greenhouse gases. And so each one of these things adds this layer of uncertainty.”

Though there are challenges, Donner thinks that the Net-Zero Advisory Body could discuss carbon budgeting in the future.

“It is based on real, well-supported science. It has great big picture quality and narrative potential. But when you try to bring it down to decision making for an individual country, it gets really complicated.”

So without an official carbon budget, how do we make strides to honour emission reductions in Canada?

The Government of Canada’s approach is to set five-year targets for emissions and require a detailed plan to achieve that target, similarly to approaches in Denmark, Norway and Scotland.

Each year we calculate our emissions and removals in greenhouse gases from a number of sectors. Things like energy, industrial processes and product use, agriculture, land-use change, forestry and waste.

Scientific models are used to measure every aspect of life in Canada. In forests that could be how fast trees grow and the rate in which they remove carbon dioxide from the atmosphere; how fires or insects can change that balance.

All of that data is compiled into a national greenhouse gas inventory report and submitted to the United Nations Framework Convention on Climate Change.

Donner says with that information they are able to inform negotiations.

“We can look at them and say, okay, this country’s emissions are going up rapidly. That might inform what it argues.”

Donner says that these reports do represent big success on the global stage.

“There are a lot of things to be upset about for the average Canadian about climate change. One good thing is that all the countries in the world at least report their emissions. So we have a sense of what the world’s greenhouse gas emissions are.”

Donner says Canada also does some modelling for the future with or without the policies.

“So we do have some assessment of the effectiveness, the projected effectiveness of the policies that have been proposed that are already put in place.”

According to Zickfeld, Canada could go a step further in combining our current approach with a carbon budget.

“I think you’d still need annual targets. But you need to make sure that those annual targets are actually consistent with the global carbon budget.”

She says it all comes down to how fast you lower emissions, which is why thinking of it like a budget can help.

“In a household budget, if you overspend in the first 10 days, then you have to actually save a lot as you approach the end of the month. And it’s the same with the carbon budget. The longer it takes us to actually reduce our emissions, the more ambitious those emission reductions will have to be.”

Our planet is changing. So is our journalism. This story is part of a CBC News initiative entitled “Our Changing Planet” to show and explain the effects of climate change. Keep up with the latest news on our Climate and Environment page. 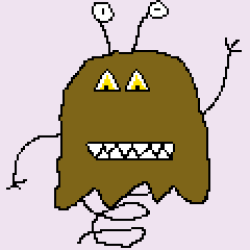 Money in mind is a website that helps you save money on your online transactions and groceries. You'll be able to compare prices, find coupons and find deals on the brands you love.